Higher Life CrossFit is so extremely proud of Kayla de Beer for being selected to represent South Africa in Portugal this year.

For those who haven’t met Kayla, she is the most committed young lady we’ve ever met. She is determined and driven to succeed in her paddling career. Kayla not only juggles school commitments, as she is currently in matric, but she is on the water training every day for at least 3 hours. She then supplements her paddling training with CrossFit sessions. We’ve had the privilege of coaching her for explosive power and core stability, as well as all the added benefits functional training gives.

Let’s hear from Kayla herself:

My name is Kayla Jaid de Beer and I am a sprint kayaker currently based in South Africa.

I began paddling in the December of 2012 and instantly fell in love with the sport. Kayaking became my main priority as my performance began to improve and training became more rigorous and intense.

In 2014 I was incredibly fortunate to be given the opportunity to be a part of the Senior Women’s K4 boat which competed at the Second and Third ICF Senior World Cups. This invaluable experience aided me greatly as it prepared me well for the Junior and U23 World Championship, which was held in Szeged, Hungary. It was my first time competing in a K1 at international level and I placed 5th in the B final in the 200m – which means that I had a world ranking of 14th in the 200m.

The 2015 season has been successful thus far as I have qualified to compete at the Junior and U23 World Champs and once again will be racing the K1 200m as well as the K2 500m. My goal this year is to make an A final (top 9) in both the K1 and K2 disciplines.

The Junior and U23 World Champs will be in Portugal from the 23rd – 26th of July and due to the fact that the tour is self-funded I am desperately searching for the necessary monies in order for me to compete. Kayaking is not only my passion but it has become a major  part of my life not only in the required sacrifice and commitment but in the impact it has had on my life. 2015 is my last year as Junior (U18) and to be able to race in Portugal this year would be an absolute dream come true and make the past 12 months of  grueling training worth it! Any donation will be greatly appreciated.

The money used will pay towards the flight from South Africa to Porto in Portugal, for race training, race fees, lodging, food and accreditation.

I could not do this without the support and belief of my family and friends, coaches and community.  I hope to do you proud for having faith in me.

As part of the Higher Life community we ask if you would like to donate towards Kayla’s race in Portugal.

Visit the above link to see how you can help. 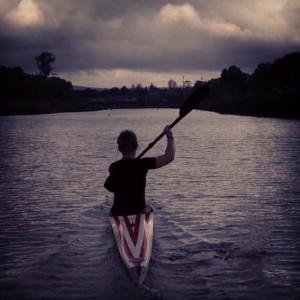